PMI’s 2016 Corporate Responsibility Report examines the environmental and social impacts associated with the manufacturing of PMI products and PMI global business operations. PMI uses an operational control approach to determine the organizational boundary for calculating resource use and greenhouse gas (GHG) emissions. PMI’s portion of their contract factories’ environmental impact is based on production levels. The percentage of a contract factory’s production that is PMI product is the percentage of resource use PMI claims.

The 2016 scope includes environmental and social data from eight of PMI’s manufacturing partners. At the end of 2014, PMI acquired two new facilities in Brazil: PMI Rio and PMI Manaus. PMI takes 100% responsibility for the environmental impact of the Brazilian facilities. Also in 2014, PMI no longer considered PMI Joinease, PMI’s joint-venture factory, to be under operational control of PMI. As a result, PMI’s portion of PMI Joinease’s environmental impact is calculated in the same way as the contract factories. Please note that in previous years, data from Factory B, a contract factory, was reported. However, PMI is no longer manufacturing at that facility and data from that factory will no longer be collected and reported. In 2016, PMI acquired Formation Brands and the blended supply chain is being managed per PMI Code of Conduct and KPIs. The next report will include Formation supply chain KPIs.

PMI also reports the environmental impact of its suppliers using comprehensive Key Performance Indicators (KPIs) that facilitate environmental improvement year-on-year. The KPIs measure energy and water consumption, greenhouse gas emissions, and waste reduction and recycling. Suppliers are assessed and compared on a per 10,000 units of production basis, which allows performance to be tracked independently of growth. Find more information about environmental KPIs. 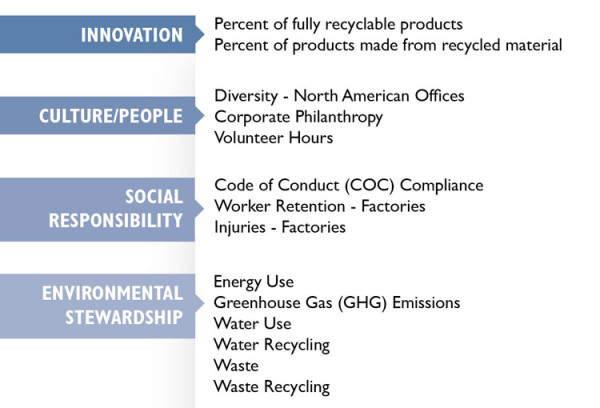 This website currently shows our reporting from 2015 to present day. In some cases older articles are updated to include current data or information.